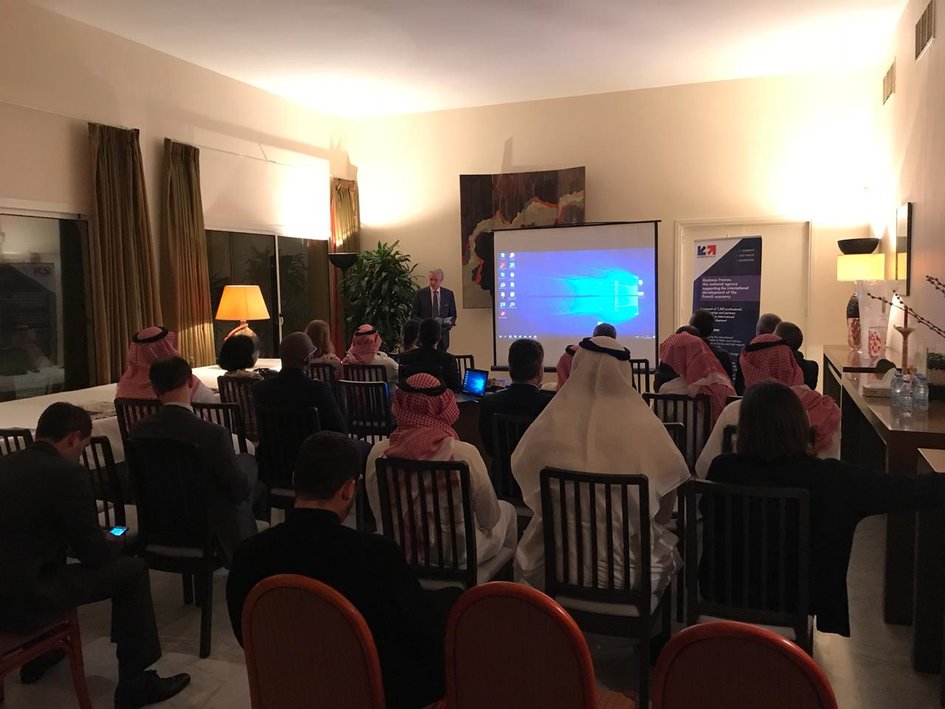 On the occasion of the 2018 edition of the « Investors’ Month in France », HE Mr. François GOUYETTE, Ambassador of France in Saudi Arabia, and Mr. Mostafa MIHRAJE, Consul General of France in Jeddah, welcomed on November 18th, at the Residence of France, about 15 businessmen and the head of large private groups in Jeddah.

After three first editions in Riyadh, Jeddah is hosting for the first time the «Investor Month». The Consul General started the session with a welcoming message followed by a current state of the business environment in France presented by HE Ambassador of France, extended by presentations by the Head of the Economic Department and Business France Invest Director for the Middle East.

The Q&A sequence and the dinner hosted in the honor of Saudi businessmen have enabled to describe in details and highlight the investment opportunities in France.