Home > Cooperation, Education, Culture > Cultural events > Events 2018 > Second edition of the Night of Poetry in Jeddah at the French (...) 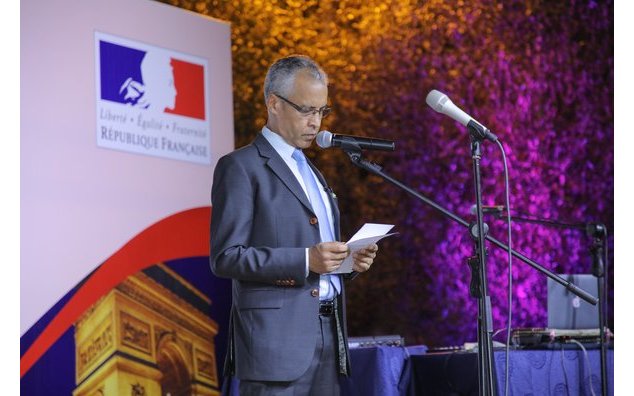 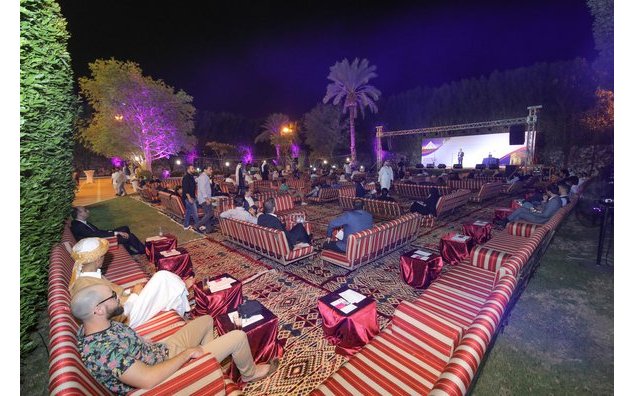 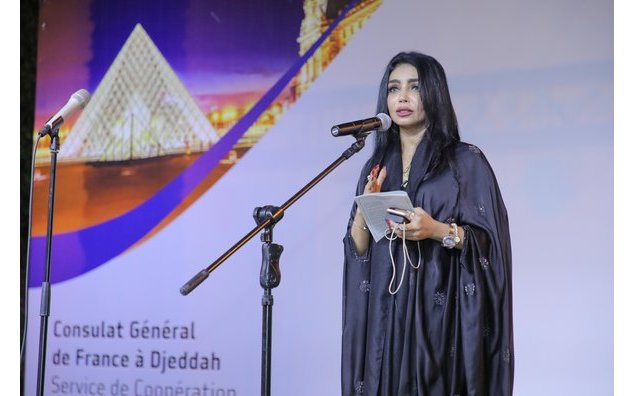 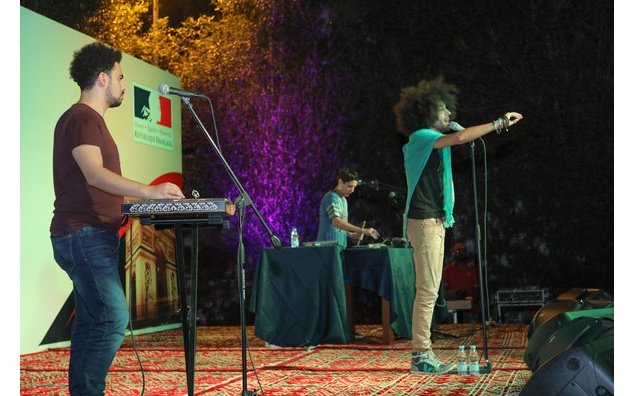 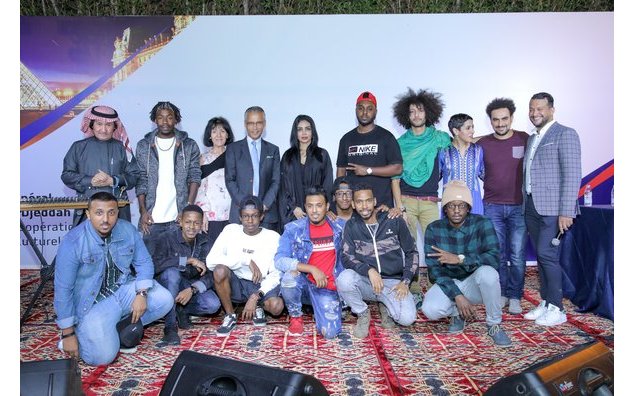 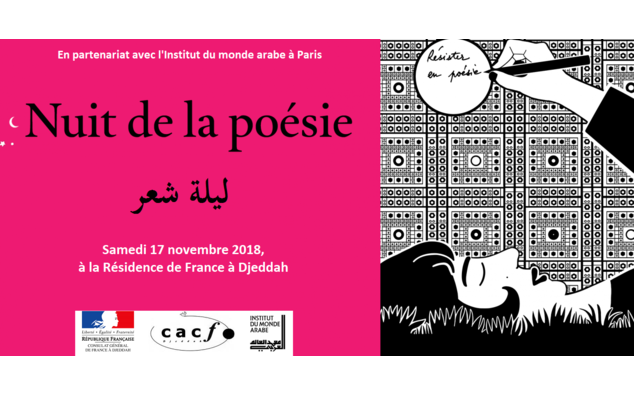 The French Consul General in Jeddah hosted on Saturday 17th of November the second Night of Poetry in Jeddah at the French Residence, in collaboration with the Institut du Monde Arabe in Paris (IMA). As last year, the event was held successfully not only in Jeddah, but also simultaneously in several cities all across the Arab world (Riyadh, Doha, Tunis, Manama, Abu Dhabi, Rabat, Khartoum, Baghdad, and Cairo) to pay tribute to French and Arab poetries. In Jeddah, Dr Najla Matri , and the Saudi rappers TNTBOOM (Abdullah) et RISSIE TEMPO (Mohammed) recited their poems, followed by Walid Benselim and Widad Brocos, members of N3rdistan, a group searching for a meeting point between cultures by creating an electrical and tradition fusion. They are on the frontier of electronic music, rap and Arabic poetry. Their poems merged the lines of renowned poets to the sound of the qanun of artist Nidhal Jaoua. This event illustrated that Culture can build bridges between populations and be a defense against barbarism. The event was organized by the French Cultural Department of the French General Consulate in Jeddah, with the support of the Cercle des Amis de la Culture Française (CACF). Around 150 people attended the event in musical and joyful atmosphere.